How To Choose A Mixing Impeller 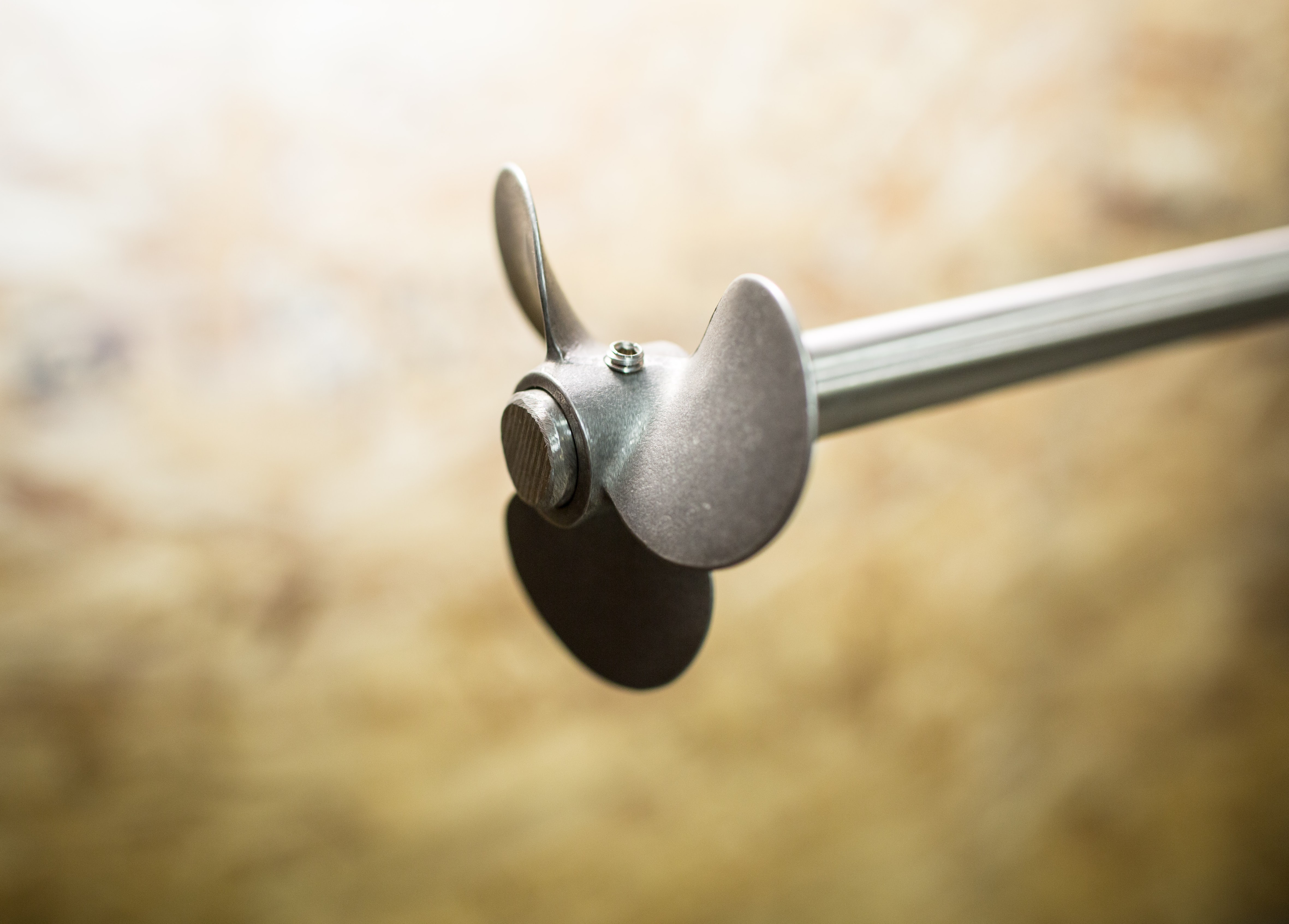 Impellers are the component of the mixer which imparts flow. Their purpose is to transfer the energy driven by the motor to the contents of a tank as quickly and efficiently as possible. Each type of impeller can be categorized by its flow pattern, whether it’s an axial pattern {parallel to the blade} or a radial pattern {perpendicular to the blade}. Selecting an impeller based on the unique needs of the application is vital in ensuring the production of an equal mixture.

Shear stress: The external force acting on an object or surface parallel to the slope or plane in which it lies, with the stress tending to produce shear.

Solid suspension: Undissolved particles of a solid substance suspended in the fluid.

Stratification: The segregation between different immiscible substances due to dissimilar densities.

The benefit of the axial flow pattern is that it can solve two challenges of mixing: solid suspension and stratification. They provide exceptional top to bottom motion in a tank, especially when it is placed over the center of a baffled vessel. In axial mixing processes, the superficial and annular velocities can be altered to adjust the mixing levels. Axial impellers can come in one of several different subcategories. One of these is a marine impeller, which gets its name from its resemblance to propellers used on watercraft. Then there are pitched blade impellers, which are known for the versatility and ability to create a balance of flow and shear. Pitched blade impellers are particularly useful when mixing viscous fluids with a lower bottom clearance as well as a shallower submersion. Hydrofoil impellers are based on Bernoulli's principle; which dictates that when the speed of a fluid in motion increases, the pressure of the fluid decreases. The majority of the energy is converted into motion rather than shear. They provide exceptionally high flow, but with low turbulence; making them ideal in many shear-sensitive applications. 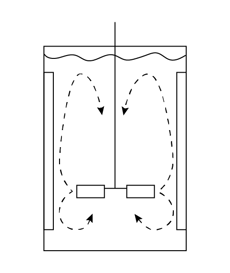 Learning how to choose a mixing impeller requires considering a number of different factors that are specific to your industry and application.

The primary factor to be taken into consideration when selecting the impeller type is viscosity. Viscosity is the measurement, in centipoise, of a fluid's resistance to flow. Fluids like water and gasoline have a low viscosity and flow with little resistance, while liquids like oil and honey have an increased viscosity due to their thickness. This affects several aspects of impeller design and selection. Highly viscous liquids also require a longer length of time to completely mix, so this detail should also be taken into consideration when selecting an impeller.  When mixing highly viscous materials, baffles are not necessarily considered to be preferable because they can impede top-to-bottom flow. In many cases, a hydrofoil impeller blade is well-suited for lower viscosities, while an axial flow or turbine pitched blade is better for mixing highly viscous substances. Furthermore, density of a substance is an important characteristic related to viscosity.

The size and dimensions of the mixing tank must be determined. The aspect ratio of the vessel is an important figure, and ideal mixing occurs when it’s as close to unity as possible. Improper impeller placement can result in instability throughout the contents of the vessel and staged flow patterns. A common misconception assumes that vortexing and swirling in a mixture are both favorable indicators of quality. While the contents of a vessel are in motion with swirling/vortexing, they are merely rotating rather than actually mixing with one another. Baffles are flat plates installed on the interior wall of a mixing tank, and they can be very efficient in disrupting vortexing that might be taking place in a mixer. Additionally, baffles help the contents move from the top to the bottom of the tank. They’re welded to the wall of the tank.

Tank design is the principal aspect in determining the quantity of impellers necessary to achieve equal mixing in an application. Volumetric specifications, as well as the shape and positioning of a mixer {vertical, horizontal, etc.}; are both essential units in calculating the quantity of impellers. As the tank gets larger, more impellers will need to be added in order to accomplish proper mixing. The size of the impeller itself is primarily determined by the desired mixing intensity of a particular application. Intensity is related to the diameter when greater agitation is needed for adequate emulsification and mixing.

A common and suitable material for impellers in many different applications is stainless steel. Stainless steel is exceptionally resistant to corrosion and contamination, which further extend the lifespan of an impeller. Cleanliness is a necessity, especially in sanitary applications. Stainless steel is easy to clean and maintain. Impellers can be manufactured in various grades of stainless steel. Other common choices include carbon steel, titanium, and nickel alloys. Varying degrees of polishing are available for increased ease of cleaning in sanitary environments. They can also be finished with different coatings to cater to the needs of an application, and reinforced to extend their lifespan.