How Is Asphalt Made? 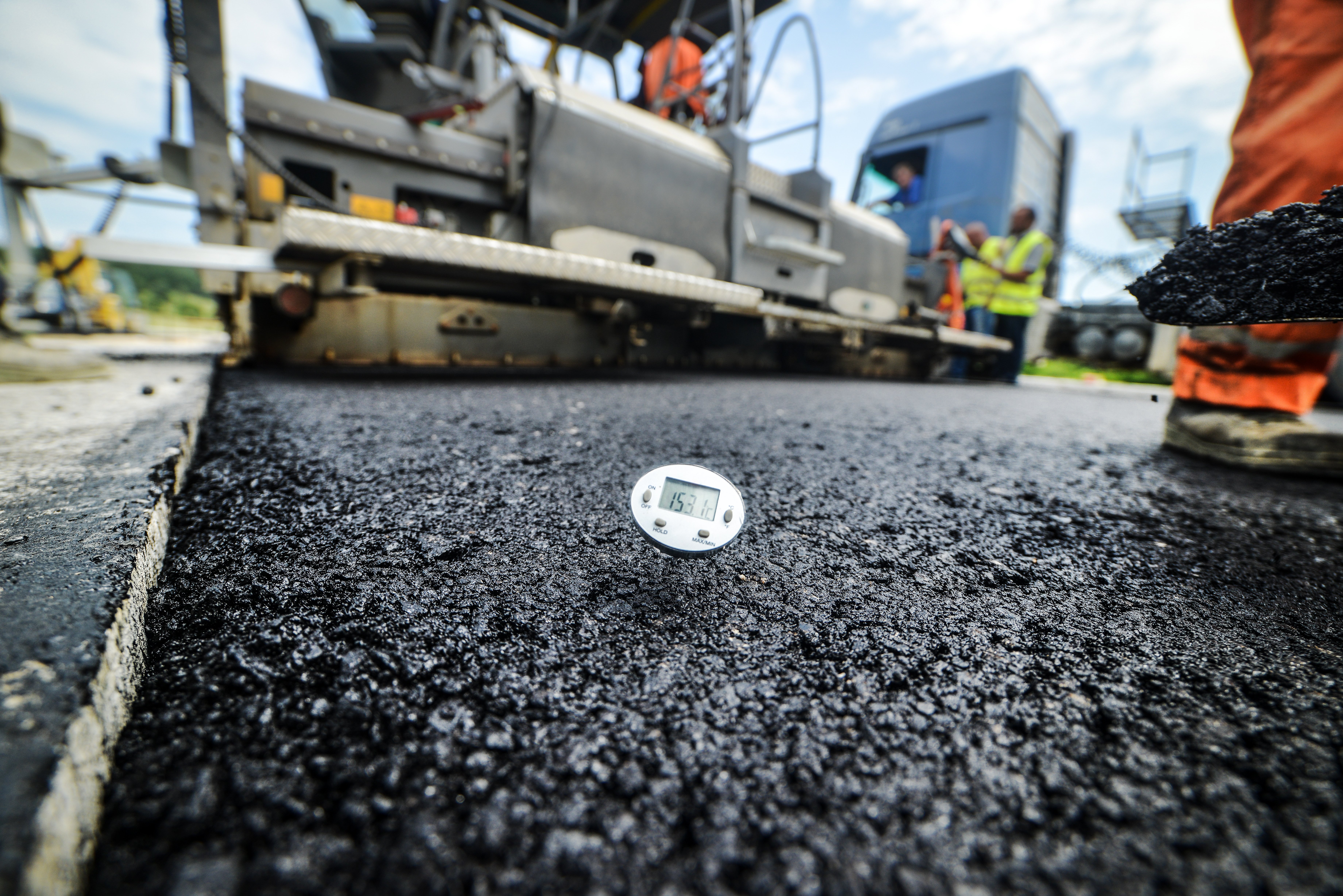 How Is Asphalt Made?

Asphalt is just about everywhere. It is used to build roads, parking lots, airport runways, sidewalks, tennis courts, playgrounds and bike paths. Asphalt, in liquid form, is used to coat roofing, pipes and the undercarriages of vehicles. However, even though it is part of their daily lives, most people never give a thought as to what asphalt is or how it is made.

Asphalt is actually the material that binds the crushed stone and gravel, referred to as aggregate, together to create a strong hard surface. Asphalt is a bitumen-class hydrocarbon mixture, typically having a dark-brown to black color. Bitumen is the geological term for naturally-occurring deposits of petroleum in a solid or semi-solid form.

Asphalt is one of the oldest engineering materials known to man, dating as far back as 2600 B.C. when the ancient Egyptians used it as a waterproofing agent and preservative for the wrappings of mummies. Other ancient civilizations used asphalt for building everything from irrigation systems to roads.

While natural asphalts were widely used until the early 20th century, today most asphalt is refined from crude oil. Today’s asphalt has the same long-lasting characteristics as naturally-occurring asphalt, but with the added benefit of being produced to a uniform state that is free of impurities.

There are several steps involved in making asphalt. Crude oil, or petroleum, is put through a distillation process that separates the various components of the oil into several byproducts, one of which is asphalt. Asphalt, in its basic form, is just the heavy deposits left over from the oil-refining process.

The process of refining asphalt is initiated by rapidly heating crude oil for initial distillation. Once heated, the crude is moved into a distillation container where the more volatile and lighter-weight components, called fractions, are removed by a series of condensing and cooling mechanisms.

The crude is then separated for producing products like gasoline, diesel fuel, kerosene and other petroleum products. The heavy deposit left over from distillation process is referred to “topped” crude that is used to make heating oil or made into other products like asphalt.

Asphalt may be blended, known as "cutting back," with a volatile substance that produces a product that is more malleable at a reduced temperature than chaste asphalt. When the blended asphalt is exposed to heat or air, such as when used for paving or in construction, the volatile elements evaporate, leaving just the solid asphalt. The speed of evaporation of the cutting agent determines the curing rate of the asphalt.

Asphalt may also be emulsified to create a product that is easier to mix with aggregate, pumped through pipes or use in spray-on applications. During emulsification the asphalt is ground into globules smaller than five microns and mixed with water. The emulsifying agent is then added to reduce the capacity of the asphalt and water to separate. Emulsifying agents used to produce asphalt may include clay, silicates, soap or vegetable oils.

Hardened asphalt is sometimes crushed to produce a powdered form. The asphalt is pulverized and then passed through a sequence of sieves to produce uniform-sized granules. Powered asphalt is usually mixed with oil and aggregate for the construction of pavement. Heat and pressure work to slowly amalgamate the powder, aggregate and oil, hardening the mixture to a cement-like consistency.

Asphalt may have air injected into it if it is to be used for coating purposes. Asphalt is heated to 500° Fahrenheit during the air-blowing process and then air bubbles are forced into the liquid for several hours. This results in the asphalt remaining in a liquid state when cooled.

There are two categories of asphalt-paving mixtures, known as hot and cold mix. The name "hot-mix" comes from the procedure of heating the asphalt and aggregate before amalgamation to remove any moisture and obtain adequate fluidity for proper amalgamation and spreading. Hot-mix asphalt, abbreviated HMA, is normally used for high-traffic areas, such as main roads and highways, whereas cold-mix asphalt, or CMA, is typically used for paving secondary roads.

For HMA, asphalt and aggregate are mixed at a facility where it is first heated and then mixed to the desired consistency. Hot-mix plants may be set up at a permanent location or may be mobile, moving from job site to job site. Another process called drum mixing heats and blends the asphalt and aggregate at the same time. The properly measured amounts of aggregate and asphalt are put into a chamber called a pugmill, mixed and then placed into trucks, or storage containers.

The hot-mix asphalt is then trucked to the jobsite and poured out and spread to a uniform thickness by a paving machine. The mixture is then compacted by heavy rolling machine while still hot to produce a even surface.

The properties of asphalt are affected by the innate properties of the petroleum that it is made from. This is due to the fact that different oil fields and refining methods can result in crude oils with very diverse characteristics. There are three essential factors that must be considered when asphalt is being used for construction purposes.

Asphalt is graded based on the ranges of viscosity, or consistency, at a given temperature. Careless mixing- and temperature-control procedures can cause more damage to paving asphalt during the hardening phase than many years of vehicle traffic. A standardized penetration test is generally specified when determining paving asphalt consistency.

The purity of asphalt is easily tested, as it is made up almost completely of carbon-disulfide soluble bitumen. Refined asphalts are typically more than 99.5 percent soluble in carbon disulfide, with the remaining impurities being inert.

While asphalt is free of moisture after production, a transport vehicle may have trace amounts water present in its holding tank. The moisture may cause asphalt to foam when heated above 212° Fahrenheit, creating a safety hazard. This is because the foam will release fumes that can flash, meaning completely ignite at once, in the occurrence of a spark or flame. The 212-degree safety threshold is well above temperatures typically seen in paving operations. 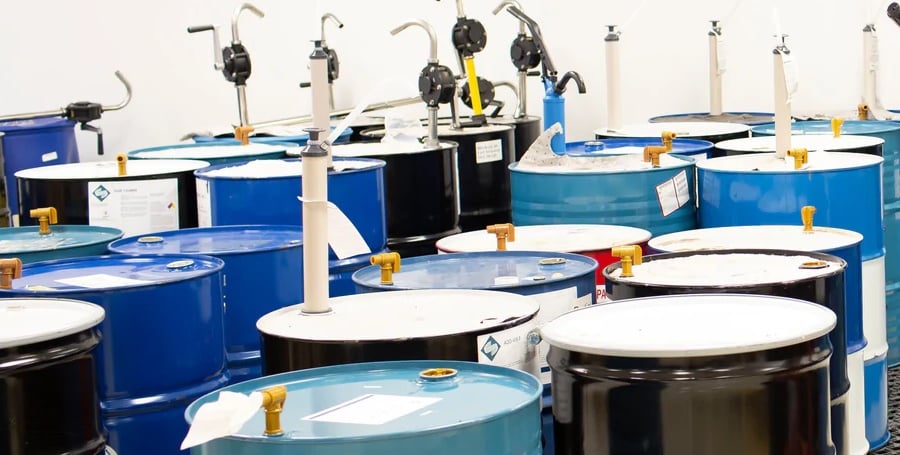 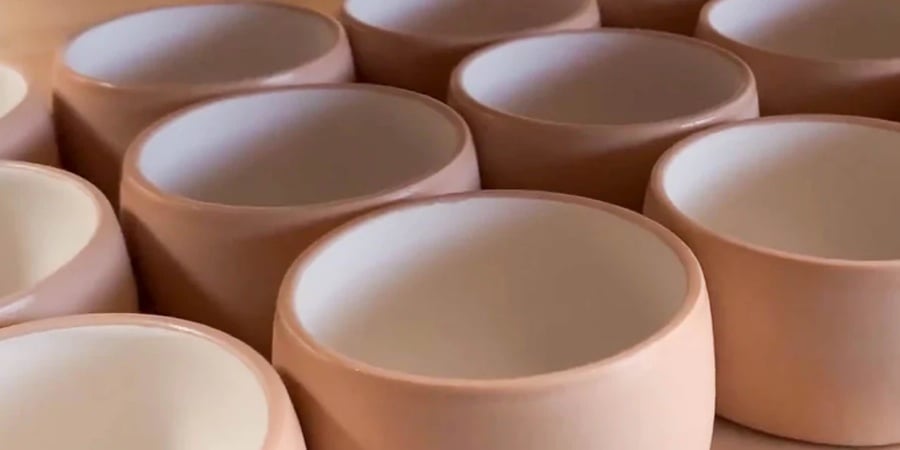