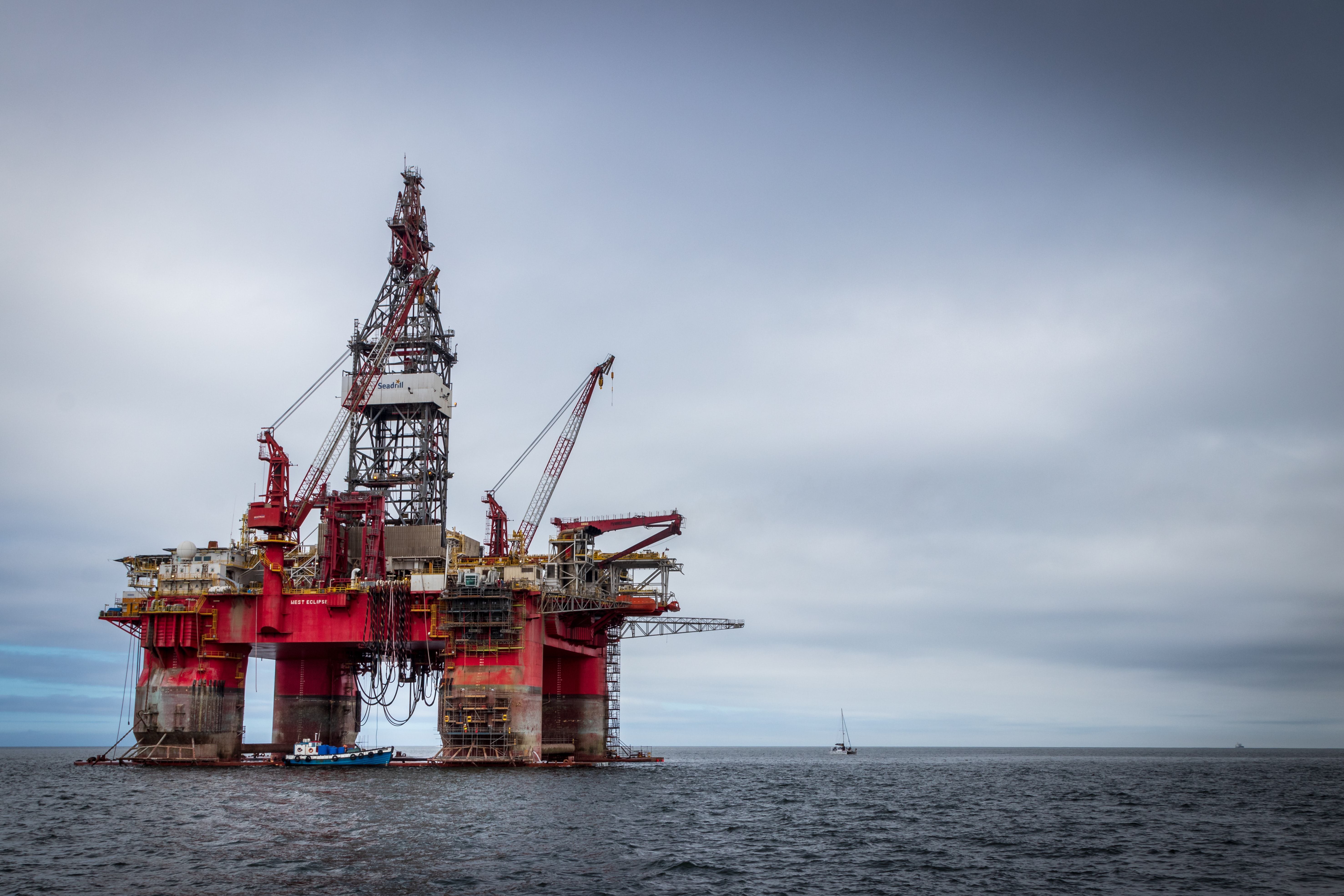 When drilling for oil, drilling fluid is used to keep the drill bit clean and to keep it from overheating. This drilling fluid consists of a stabilized water-in-oil mixture and clay. This mixture is pre-mixed by the batch by mixing water and oil in a heavily agitated tank. By enabling the production of this fluid, industrial mixing technology plays an important role when drilling for oil.

Another important role that mixing plays in upstream operations takes place during product sampling. Crude oil is sampled prior to its transport to the refinery, however, in order for the water content in the oil to be determined the water must be dispersed evenly throughout the oil in the pipeline. To do this, a mixer must be placed upstream. It's important, though, that the upstream mixing operation is able to agitate the oil enough to mix it with the water while still creating a mixture that easily separates once it is in the downstream storage tanks. Since a sampling error of just .1% can cost a refinery $250,000 per medium sized container of oil, using mixing technologies to ensure a thoroughly accurate sampling of the water content in the oil is something that all refineries must do.

Another role that industrial mixing applications play in upstream operations is reducing the viscosity of viscous crude oil so that it can be transported in existing pipelines that were built for less viscous crude. Lastly, mixing technologies are also used to help separate oil in dry oil sand ore operations.

The sludge that crude oil contains settling to the bottom of the tanks presents a problem during storage of the oil. If this sludge settles to the bottom of the tank, it will solidify, making it extremely difficult to pump out. Because of this, it is important to keep crude oil continuously mixed throughout the duration of its storage. To keep sludge from settling, most refineries make use of side entering propeller mixers and rotating submerged jet nozzles. The propeller mixers keep the majority of the sludge from ever settling to the bottom. In the event that sludge does settle on the bottom, high-pressure jet nozzles that constantly rotate at the bottom of the tank are able to dislodge it.

Mixing technology is also used to help remove salt from the oil before it is further refined. This process is performed by mixing the oil with an emulsifier while it is still in the pipe and then mixing it with fresh water in an in-line mixer. The water-in-oil mixture is then separated in an electrostatic separator to produce an oil that is almost completely free of water and salt.

In producing propane, asphaltene and other resins must be removed from the propane. In order to do this, the propane is mixed in a static mixer before it is fed into the extractor. This mixing allows the deasphalting of propane to be performed using a much smaller extractor than would otherwise be required.

lastly, before they are ready for market, most petroleum products need to be mixed with certain additives. To do this, agitators or blenders are placed into the tank along with the additives that are required.

Industrial mixing applications in the petroleum industry play an important role in both upstream and downstream operations. In many cases, these mixing applications not only make the operations more efficient and effective, they also can end up saving refineries a small fortune. From mixing the drilling fluid used to lubricate the drill bit when drilling for oil all the way up to mixing additives into the final product, industrial mixing technologies are used at almost every step of the way in the production of petroleum products.