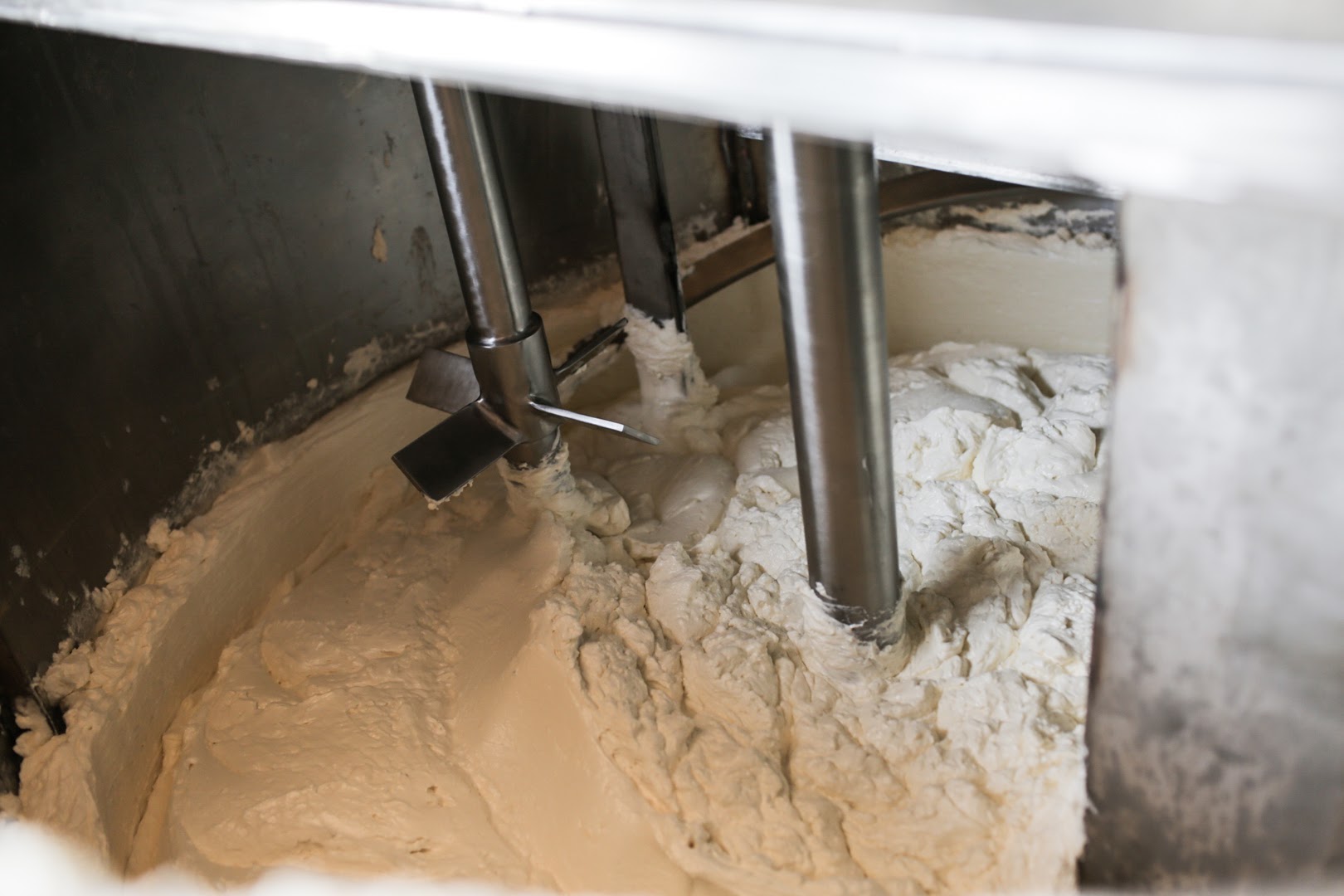 You’ve decided you need to upgrade to an industrial mixer. That's great, but where to start? You have impellers, shafts, motors, and mounts to consider. At Mixer Direct, we usually suggest you start by looking at your flow and shear needs.

"Flow" is the rate at which your product will moves around the container. Typically, flow and shear are inversely related.

Consider it this way: when mixing you have two choices of where to put your power. You can put power into spinning the impeller extremely fast which breaks down the molecular bonds of of your mixture near the impeller, but this fast movement at the center of the container does not move the product around the container very well. Alternately, you can put your power into moving your material around the container with a large blade which spins slower. The slower blade means the mixer has less power to break down the bonds between particles.

If you were mixing water and oil, you would want a mixer with high-shear and low flow. To break the particles of the oil down small enough that they blend with the water requires a high-shear mixing process called dispersion or emulsion. Dispersion uses shear force to break apart particles or molecules to a small enough size that they suspend evenly within a mixture. An emulsion consists of ingredients that will not mix (immiscible liquids), finely reduced and suspended and stabilized with a separate ingredient called an emulsifier. If left to sit for long enough, most emulsions will separate back into their individual ingredients. IE. Oil based salad dressing, mayonnaise, etc.

Medium-shear with medium flow is usually used for thick, viscous mixtures similar to pancake batter. You need power to break down the ingredients that you are mixing but you can’t use a lot of speed because the mixture is so thick. At the same time you have to still have enough flow to move the product around the vessel to ensure all ingredients are picked up and effectively mixed in.

Low-shear with high flow is usually used for watery, liquid mixtures like sweet tea. The idea here is not that you need a lot of power or speed to break down the mixture, but rather you simply need movement in order to allow the chemical reaction to take place. For the example, when adding sugar to tea, you need to stir the mixture to keep the sugar from settling on the bottom. This “solid suspension” mixing is one type of low-shear, high flow mixing.

Once you know what you shear and flow needs are, you’ll want to consider what kind of flow pattern your mixture needs.