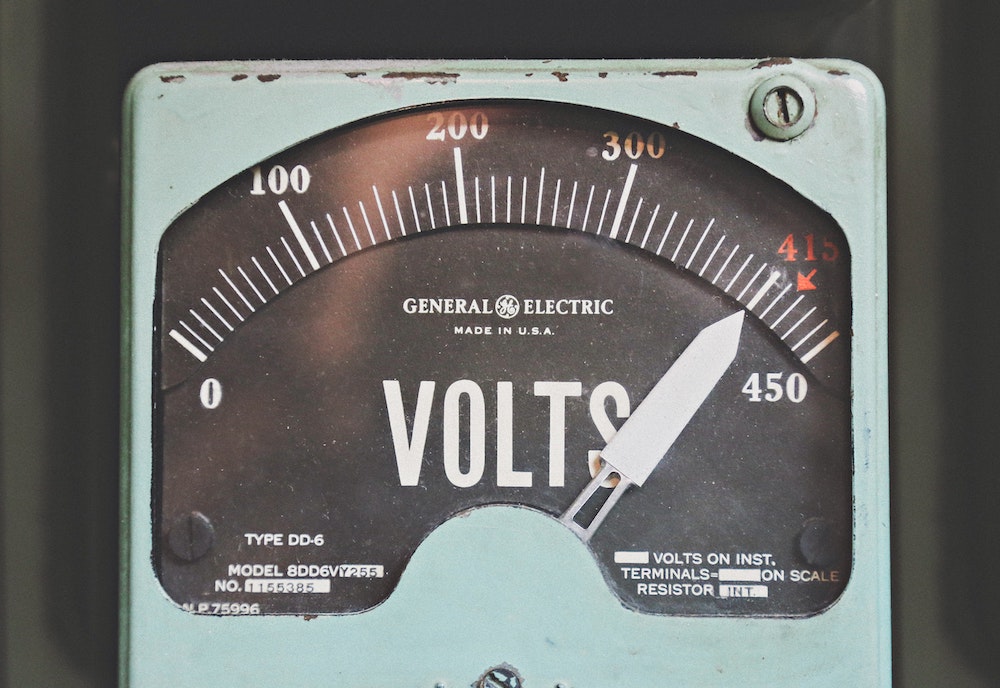 At Mixer Direct, we sell two basic kinds of motors. The first motor is powered by alternating current electricity. The second kind is powered by compressed air. These two motor types are the most common used across the liquid processing industry.

The “phase” here has to do with the electrical power that you have available at your building. Since electricity travels in waves, the easiest way to think about it is to think of waves at the ocean.

Imagine if you could harness the power of the ocean wave every time it hit the sand. Single phase would be like having a wave hit the sand every three seconds. Now imagine that as the wave recedes back into the ocean, you have no power. 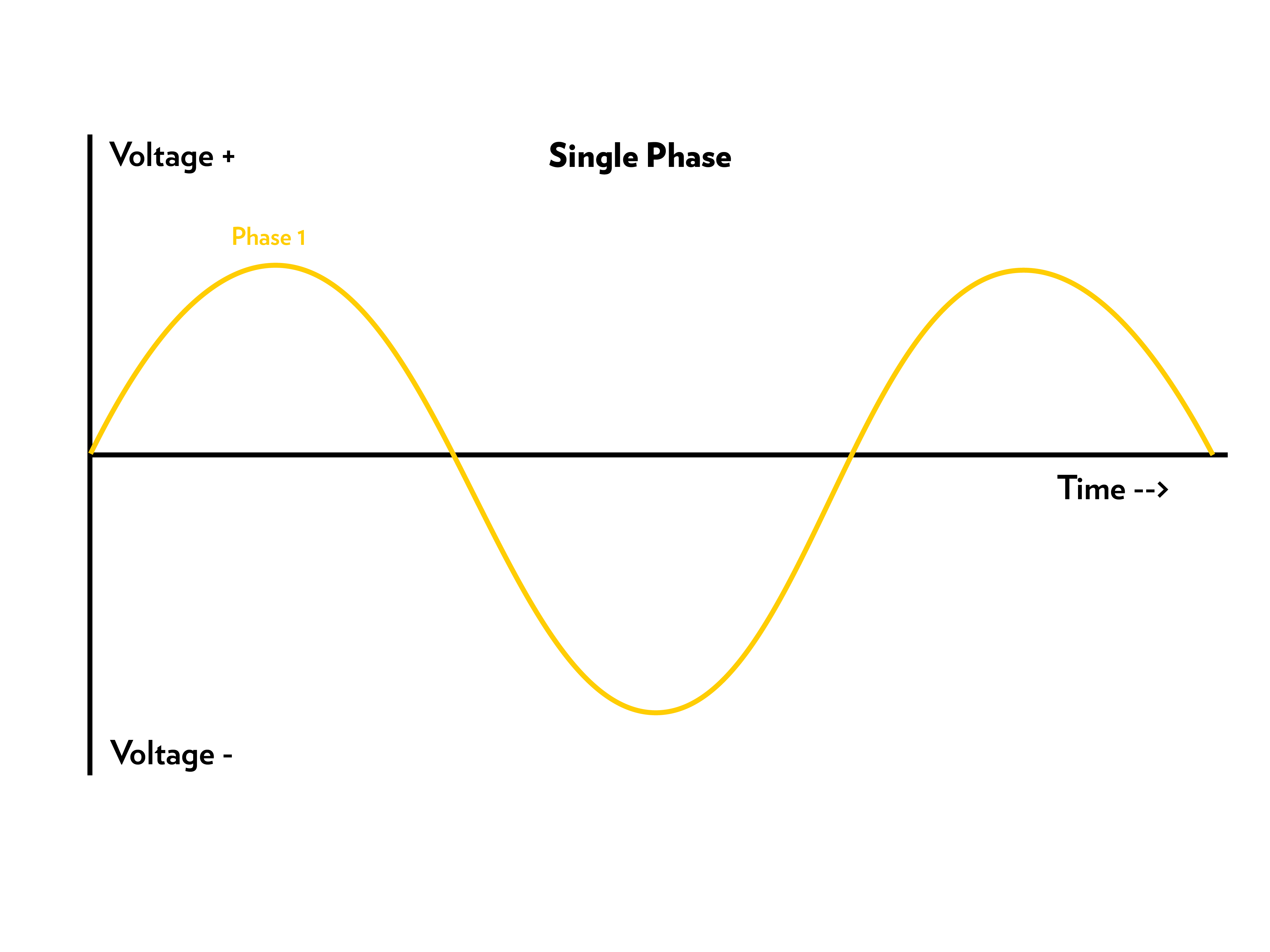 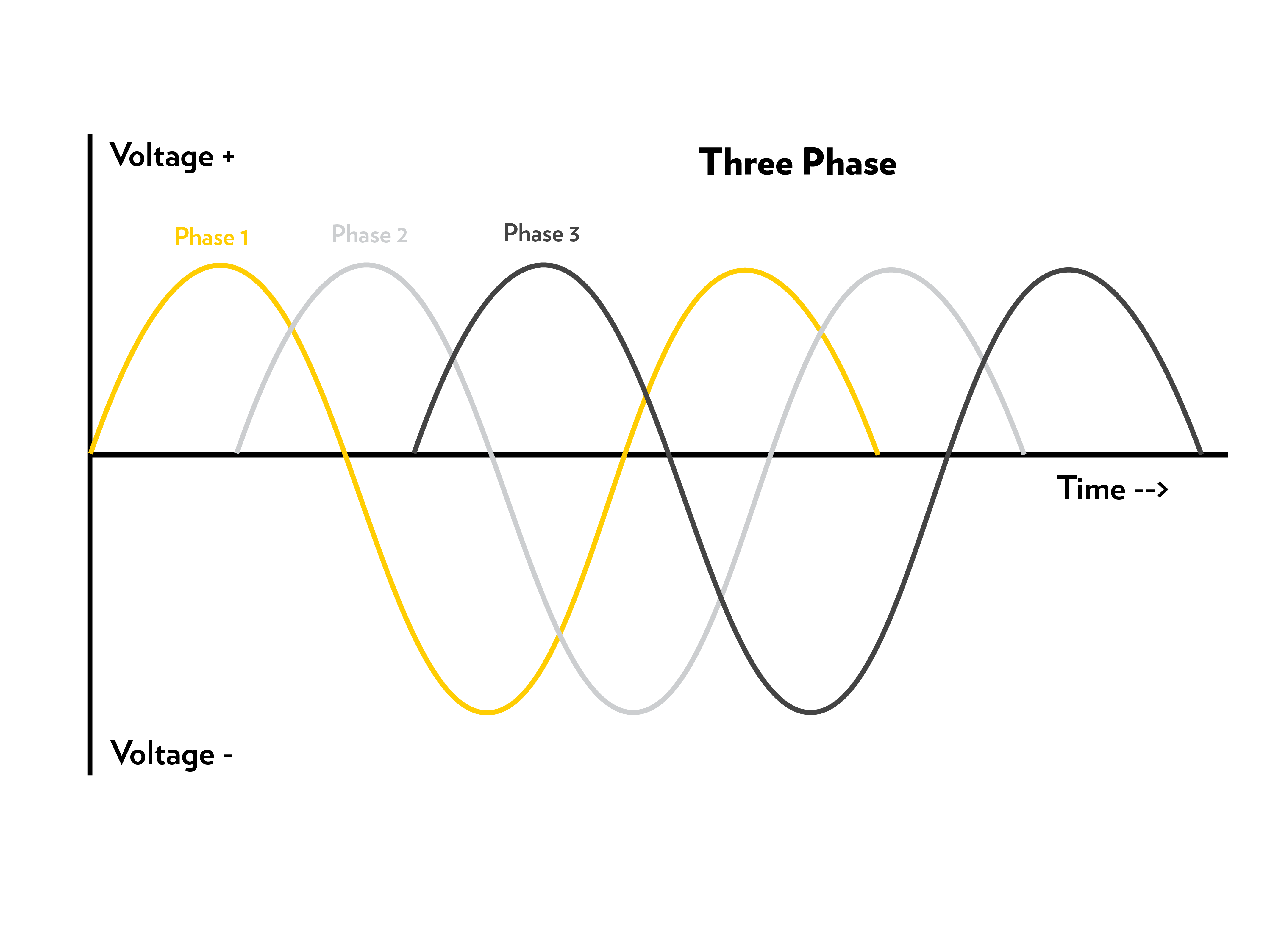 Most homes and residences have single-phase power. Many, but not all, industrial buildings have three-phase power. Single phase is less powerful and less efficient because the energy supply is not constant, but it is cheaper to install. Three phase is more powerful and more efficient because the energy supply is constant, but it is more expensive to install.

So how can you tell what kind of power you have? Well, the first thing is to look at the kind of plugs you have. If you have the standard, three-prong plug outlet then you have single-phase power (that is for Americans. If you live somewhere besides the States, your outlets will look different). If you have plugs that don't look like standard outlets, then you might have three-phase (three phase comes in 240 or 480 volts). I say, “might” because a strange looking outlet does not automatically mean you have a three phase power supply. If you take a look at what you have and you still feel uncomfortable making the call, call your power company and they can let you know what kind of power you have running to your building.

Unfortunately, air powered motors have some drawbacks. First, they cannot create much power. Most air motors are 3 horsepower or less. Second, you need industrial rated compressed air to power these motors. The air compressor that you can buy at your local home improvement store won't power the motor properly. Finally, air motors air usually noisy and inefficient. However, even though these motors have these negative properties, they can be great for mixing paint, gas, or other combustible materials.

Once you know your needed motor power and power supply, you can start looking at what kind of shaft you'll need.